The International Museum of Childrens Art Exhibitions PEACE AND FREEDOM – what does it mean in 2016? 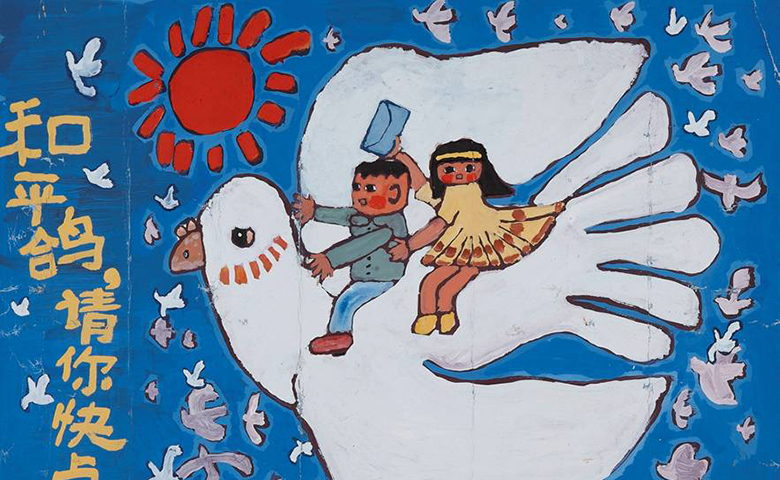 The Peace and Freedom – exhibition was first displayed at Hamar Cultural Centre in the autumn of 2015. The Women’s International League for Peace & Freedom (WILPF) initiated the exhibition to celebrate their 100th anniversary, in conjunction with ”International Week” in the city of Hamar. The exhibition was directed towards children and youth, with emphasis on peace and freedom. Pupils from Hamar and Stange were invited with their teachers to see the exhibition during school hours. They were introduced to different human encounters and insight to how children from all over the world experience what peace and freedom means to them, depending on their cultural background, age, history, religion and personal life experience.

The project was connected to the UN Millennium Development Goals, wich implies a collective goal for the global effort to end poverty, both nationally and internationally. The effort to strengthen human dignity has strong emphasis within the UN. Peace is dependent on human dignity and that all humans experience dignity wherever they live. A life with dignity depends on freedom from war, poverty and misery.

From The International Museum of Children’s Art’s perspective, our goal is to contribute in concretising what ”a culture of peace” implies, by making efforts for peace known through art as medium. The museum also emphasises the UN Convention on the Rights of the Child (1989), which stresses that children and youth are a vulnerable group in need of protection. This not only implies housing, safety and care, but also the right to be treated as individuals with human rights. The Rights of the Convention of the Child was manifested by world leaders on the UN General Assembly in November 1989, including all children of all nationalities, regardless of their gender, social status, religion or culture.