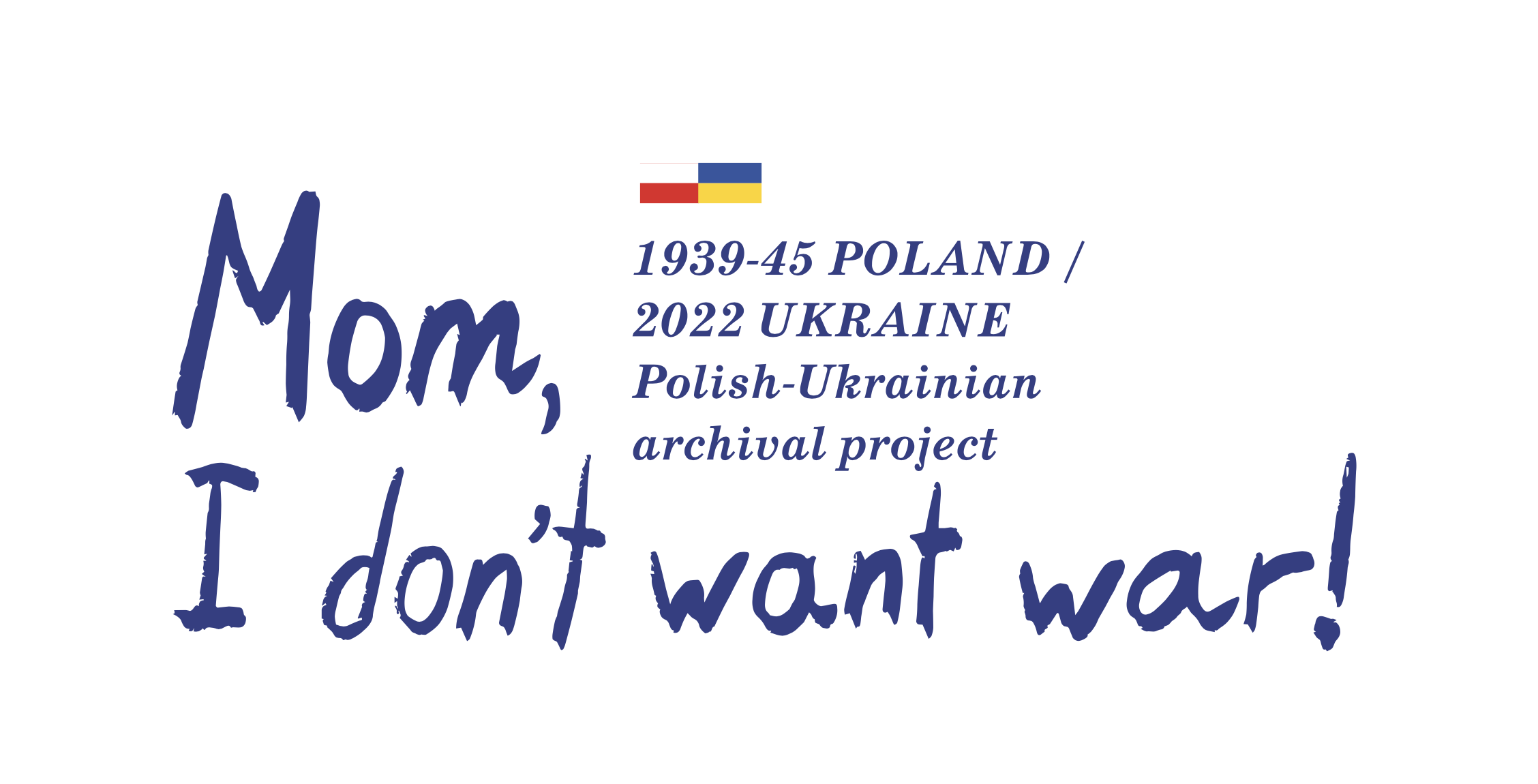 The exhibition and presentation at the Museum is made possible in cooperation with Embassy of the Republic of Poland in Norway.

A child is not a soldier, he does not defend the homeland,
though he suffers with it
Janusz Korczak

We present to you incredibly moving testimonies of war – from historical drawings of Polish children from 1946, which are a record of their experiences during World War II and the German occupation of 1939-1945, preserved in the Central Archives of Modern Records (AAN) in Warsaw, in the Ministry of Education complex from 1945-1966, and contemporary drawings of Ukrainian children, related to the war currently taking place in Ukraine, collected on the Mom, I See War portal. We aim to show that war always looks the same through the eyes of a child. Irrespective of place and time, it is a huge evil, and the child is always the victim of it. The similarity between historical and present-day drawings is striking. Children draw tanks, planes dropping bombs, fires, and explosions. They draw the injured and the dead, the ruined houses, the graves. They draw themselves and their family, they draw evacuation and escape. But they also draw hope and their dreams for the future. By putting images and words together in thematic groups: fighting, occupation, family, repression, resistance, destruction, victory-hope, we want to emphasise the fact of how similar the scenarios of the invading wars are. The time changes, the place changes, the child witnesses change, but the war is always the same:

“A collection of such drawings is an admonition and a warning to mankind, which must know that war, with its cruelty, also hurts small children physically and psychologically in an inhuman way, and that the indignation of man, inconceivable to anyone, which cruelly destroys its fellows, is reflected in the bewildered children’s psyche and leaves there deep and dangerous traces and heavy moral blemishes for life. I think that those who still do not know about what happened in our country during the occupation or do not want to believe it, perhaps the drawings of our children will convince them of the truth”. – These words were expressed by Stefan Szuman – Polish psychologist, philosopher, and physician – at the International Congress for War Affected Children (SEPEG), in Warsaw in August 1948, thus attracting the attention of the whole world to the nature and scale of war crimes committed on Polish territories by the German and Russian occupants. War-themed drawings were created by children spontaneously, on the orders of parents or teachers and in response to a competition announced with the approval of the then Ministry of Education in 1946 and held in primary schools under the supervision of the school superintendents and inspectorates. Younger drawers were offered the opportunity to present their war memories (or another topic of their choice) in the form of artworks. And information about the competition was published in the magazine “Przekrój.” The editors of the weekly magazine provided 10 prizes: 1 packet containing 1 kg of sweets from the Piasecki Company – a prize from the Przekrój weekly magazine – and 4 kg of sugar funded by the Społem Association of Co-operatives. The names of the children who sent in their works and the names of the winners were printed in subsequent issues of “Przekrój.” Over 7,300 children up to 13 years old took part and, as “Przekrój” reported, the youngest participant was 2 years and 3 months old. At present, more than 7,000 drawings on the subject of war and occupation, made by children in 1946, are in the collection of the Ministry of Education 1945-1966 in the Central Archives of New Records in Warsaw.

War always means pain, suffering and losses. But the most vulnerable during war are children. They sometimes do not fully understand everything, but they feel very acutely! War deprives them of a happy childhood and sometimes of life! Children see the war “without decorations”: enemy missiles destroy schools, kindergartens, hospitals, houses in front of their eyes, their family and friends die in front of their eyes. They often convey their feelings, emotions, and experiences through drawings. Hearing children, understanding their experiences in this difficult time is one of the tasks of adults. The project “Mom, I See War” was created to show the war through the eyes of the children of Ukraine and once again to draw the attention of the world community to the brutal invasion of the Russian occupant. The project “Mom, I See War” brought together over 10,000 children’s drawings about the war and peace in Ukraine. It is designed to capture how children feel during the war in their country and to show the world the strength of spirit of young Ukrainians. The variety of children’s emotions reflected in the pictures – from fear and despair to hope and faith in victory – show one thing: children must not suffer from war, they deserve happiness and love. All of the drawings will be combined into the world’s largest manifesto collage on the war in Ukraine, which will remain forever on the Internet with the help of NFT technology. The photo collage will be put up for an international charity digital NFT auction. Funds from it will be transferred to the fund for humanitarian aid to children affected by the war. misw.org

Beyond aesthetics and materials – art transmits a moment in time from the artist’s perspective. It teaches us about who we were and who we could become.

MISW Museum is the world’s first digital art archive dedicated to how children experience war, built on the blockchain. The project was initiated by the first collection of 14,000 Ukrainian children’s drawings and expanded to include art made by children from across the globe. The museum allows viewers to bear witness to what unites humankind as well as participate in philanthropic efforts to try to heal our future.

The exhibition and presentation at the Museum is made possible in cooperation with Embassy of the Republic of Poland in Norway.