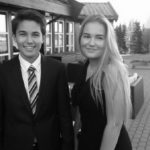 SUNDAY 28.02.16, at 13.00
Daniel Goldin is 15 years old and has played the violin since the age of 9. He is a student of professor Isaac Schuldman in the Young Talents program at Barratt Due Institute of Music. Daniel has played in several orchestras, and is now part of Junior Orchestra at Barratt Due Institute of Music. He also playes regularily with a quartet instructed by Anne Britt Årdal.

Dinah Tormassy is 16 years and a music student at Edvard Munch high school. The main instrument is the violin, and she plays in the Junior Ensemble Barratt Due Institute of Music under the direction of Sigyn Fossnes. 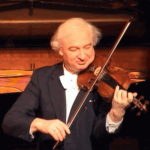